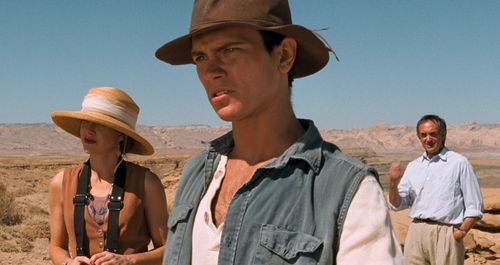 If all went according to plan, “Dark Blood” would’ve been released in 1994, and we would be coming up on its 20th anniversary. But something went horribly wrong during the film’s shoot, with star River Phoenix dying from a drug overdose in 1993, leaving the picture with 80% of its scenes completed. Shelved and forgotten, “Dark Blood” was left as a curiosity, leaving fans of Phoenix to wonder what exactly was left behind, possibly displaying the actor in an unfavorable light. Facing his own medical crisis 15 years after production was halted, director George Sluizer decided to rebuild the movie as a way of confronting unfinished business, finally bringing the feature to the public in semi-finished form. Read the rest at Blu-ray.com