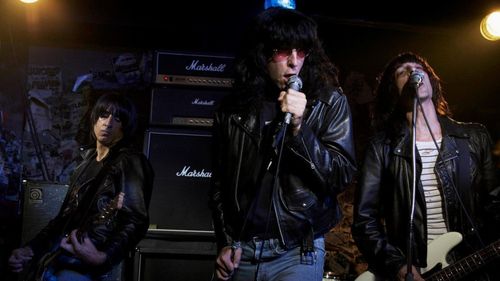 “CBGB” isn’t truly about the daily business of the iconic New York City club. The focus of the film is more on the establishment’s owner, Hilly Kristal, and his struggles to pay the bills as popularity of the place exploded during the 1970s. I suppose audiences wouldn’t show up to movie titled “Hilly Kristal,” so we have “CBGB,” which is bound to disappoint admirers of punk history and NYC culture (the picture was shot in Georgia), with director Randall Miller turning the whole big bang of music into a comic book experience that thickly underlines every move it makes. Unenlightening and overworked, the effort turns the raw energy of a movement into a Saturday morning cartoon, counting on a soundtrack of classics to carry the viewing experience. Read the rest at Blu-ray.com