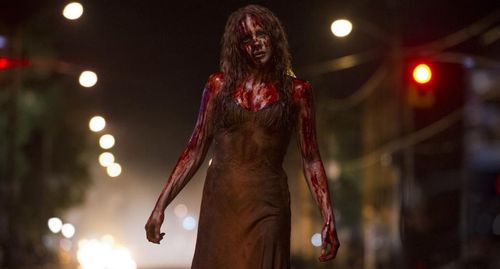 It’s difficult to treat “Carrie” too preciously. After all, the 1974 Stephen King novel has seen its fair share of screen incarnations, including the itchy 1976 classic from director Brian De Palma, a 1999 sequel (“The Rage: Carrie 2”), and a 2002 television movie. That Hollywood has renewed interest in the material makes perfect sense, though this version is more of a remake than a fresh realization of King’s original book. Playing it safe to appeal to a generation that hasn’t been exposed to this tale of telekinetic woe, the new “Carrie” is much like the old “Carrie,” only now the mayhem is more hard drive-based than wonderfully, inventively practical. Read the rest at Blu-ray.com