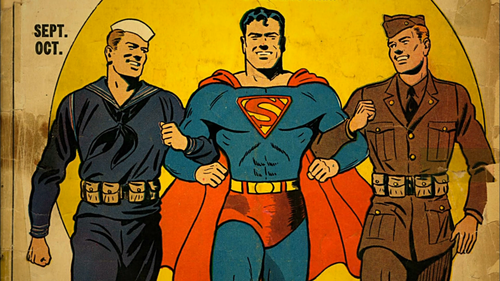 We live in a special time for comic book fanatics, with characters great and small receiving a shot at big screen glory, helping to augment a revolution that began decades ago on the page and grew into an inescapable industry. "Superheroes: The Never-Ending Battle" is a three-part highlight reel of comic book evolution hosted by Liev Schreiber, who examines amazing developments that transformed seemingly silly, small-time super men into legends, tapping into the psyche of readers who fantasized about such heroism and mysterious powers, highlighting a reoccurring presence of awe as artists, writers, and corporate players sit down to discuss their participation in trends and invention as the saga of the comic book unfolds. Read the rest at Blu-ray.com