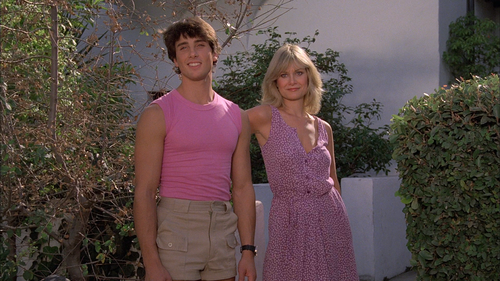 In 1983, "My Tutor" played up the fantasy of an older teacher seducing her younger student. In 2013, that type of activity is typically greeted with a felony sex offender charge. How times have changed. Of course, "My Tutor" is only a movie, and a rather entertaining "teensploitation" effort from 30 years ago, engineered to titillate teen audiences hunting for a peek at naked breasts and horndog monkey business, employing a common scenario of temptation to lure ticket buyers in, only to hit them with a genuine sense of humor and an unusually muted seductress in actress Caren Kaye. "My Tutor" is simple but effective, and if approached on a lowered level of expectation, the picture captures all the hormonal urges of adolescence, frosted with a permissive '80's attitude that doesn't judge the taboo couple in question. Read the rest at Blu-ray.com