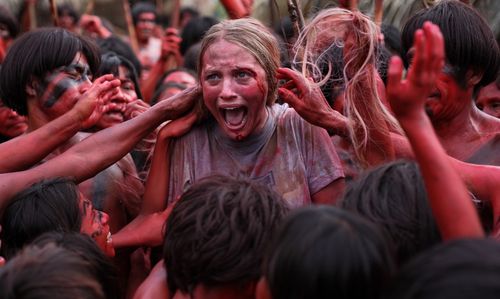 Writer/director Eli Roth adores the cannibal pictures of the 1970s and ‘80s, and he wants to share that appreciation with his own take on the subgenre, “The Green Inferno.” His enthusiasm for this grisly, borderline irresponsible series of movies is understood throughout his first helming effort since the 2007 misfire, “Hostel: Part II,” but his natural instincts toward jocularity and uninspired casting work to dial down the true terror of the feature. It’s a blood-soaked ride into the jaws of Hell, but “The Green Inferno” is too frivolous to score as nightmare material, finding Roth displaying habitual timidity when it comes to truly shocking encounters. Read the rest at Blu-ray.com