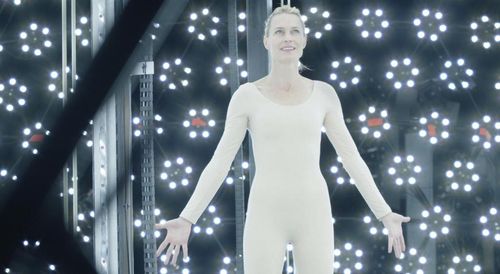 “The Congress” is a particularly dizzying, challenging film that has something to share concerning the state of Hollywood and its future appetites, also touching on the struggle of employment opportunities for actors as they march into old age. There are satiric elements to the material, but this is no lampoon, instead charging forth as a brain-bursting, sci-fi/animated endeavor, not unlike a Ralph Bakshi production, only with a little more self-control. Writer/director Ari Folman submits an audacious vision of color and content, displaying a consistent sense of creativity while the script flounders from time to time trying to dream up encounters worthy of the picture’s curious premise. Read the rest at Blu-ray.com