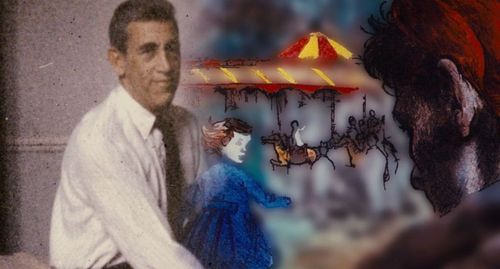 The mystery of J.D. Salinger is mighty because the author refused to provide the world with the details of his private life. Labeled a recluse to ease understanding of his disinterest in fame, Salinger positioned himself as the ultimate buried treasure for literary fanatics, leaving few particulars about his upbringing and daily business behind, thus creating rabid interest in anything connected to the writer. Joining the quivering pile of admirers is screenwriter Shane Salerno (“Aliens vs. Predator: Requiem,” “Armageddon”), who embarks on an impossible storytelling task, striving to paint a portrait of an icon who’s hidden all the color. Fascinating in spurts, maddeningly melodramatic, and bizarrely unfulfilling despite a two-hour run time, “Salinger” delivers a few facts worth further inspection, but the rest has the tone of a circus sideshow, concentrating almost entirely on Salinger’s oddity. Read the rest at Blu-ray.com