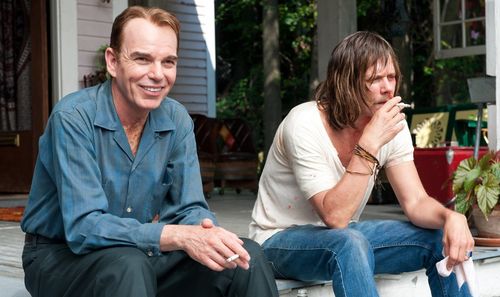 It’s been a little over a decade since Billy Bob Thornton last directed a feature. That’s a long time between efforts, especially when the previous movie was 2001’s “Daddy and Them,” a forgotten southern story that effectively grounded Thornton’s interests in the job after securing accolades for his helming debut, “Sling Blade.” “Jayne Mansfield’s Car” plays directly to the lauded actor’s strengths, taking viewers down to the heart of Alabama to explore the fits and foibles of a dysfunctional family, leaving room for an able ensemble to bloody their fists some with a barbed screenplay, with Thornton a permissive leader, hoping to catch blips of fury and vulnerability as the picture takes a leisurely stroll down a path of self-destruction. Read the rest at Blu-ray.com