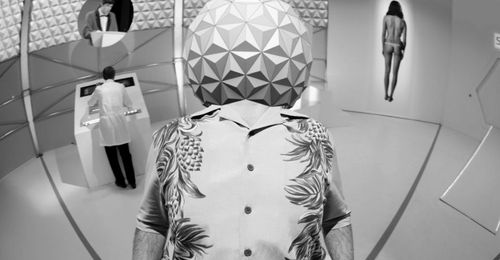 “Escape from Tomorrow” has a gimmick. And it’s an interesting one. Taking cameras, a script, and actors into Walt Disney World, writer/director Randy Moore set out to make movie without permission, utilizing the theme parks as a chaotic backdrop for a tale concerning a mental breakdown. The idea opens itself to satiric brilliance, contrasting this screaming psychological erosion with visions of costumed characters and spinning rides. Yet, Moore does absolutely nothing with this rare production event, failing to build a story or even a passable sense of hallucination with “Escape from Tomorrow,” which often relies on strained surrealism and shock value to pass the time between park visits. Read the rest at Blu-ray.com