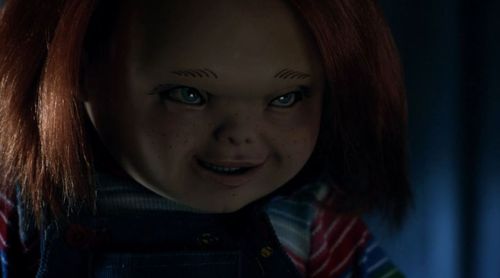 Admittedly, the idea of Chucky the killer doll was always a little goofy, but the original “Child’s Play” pulled off the tonality of horror and absurdity with skill, launching the character as an unlikely horror icon. While 1998’s “Bride of Chucky” had a certain irreverent snap to it, the sequels have largely missed the mark when it comes to making the doll menacing, with 2004’s “Seed of Chucky” representing the bottom of the barrel in terms of creativity. After nearly a decade of dormancy, creator Don Mancini just can’t let the Good Guy go, resurrecting the plastic killer for “Curse of Chucky,” a DTV sequel that aims to restore severity to the wheezing franchise, though it doesn’t bring anything new to the table beyond a brief makeover for its knee-high star. Read the rest at Blu-ray.com