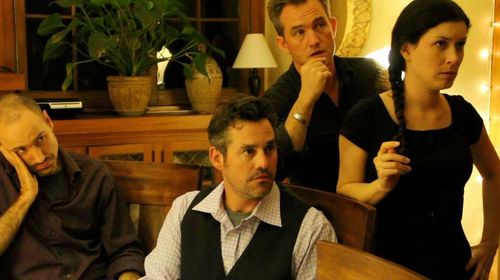 Writer/director Shane Carruth has only masterminded two pictures, 2004’s “Primer” and last spring’s “Upstream Color,” yet he’s made enough of an impression to inspire something of a knockoff of his brain-bleeding work. “Coherence” is an ironic title for this twisty, talky indie effort, which labors to braid wandering improvisations with the finer points of quantum physics. As one might imagine, the results aren’t exactly compelling, but writer/director James Ward Byrkit does have a superb way of ratcheting up the suspense and mystery of the story, making it the rare movie that actually improves as it unfolds, gradually abandoning obvious acting to delve into the parallel universe panic room with a band of bewildered friends. Read the rest at Blu-ray.com