Film Review - Battle of the Year 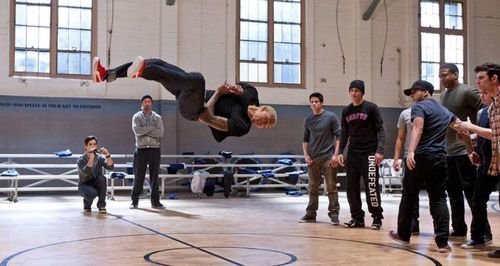 Over the last decade, we’ve seen the rise and fall of the hip-hop dance movie, with titles such as “You Got Served,” “Stomp the Yard,” and the “Step Up” series riding the trend to box office heights. “Battle of the Year” has arrived a little late to the party, though its concentration on a particular “b-boy” movement lends it some much needed individuality. Everything else in this pedestrian dance drama is either absurdly corny or just plain moronic, though the feature does win points for being so earnest with its hopeless pile of clichés, but it’s certainly not enough to make the picture memorable. Read the rest at Blu-ray.com