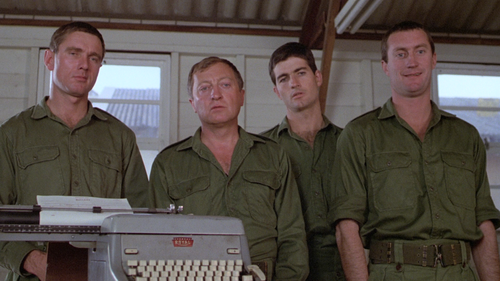 The American experience during the Vietnam War has been extensively documented in feature films, leaving audiences with a developed comprehension of the hardships, tragedies, and lost innocence of the men and women who fought for the country. Australia's participation in Vietnam hasn't enjoyed the same cinematic illumination, leaving 1979's "The Odd Angry Shot" a valuable dramatic tool in a larger appreciation of sacrifice and wartime temperament. Writer/director Tom Jeffrey cuts to the heart of the Aussie mentality in this off-kilter picture, electing to represent the narrative through chapters of boredom and militaristic encounters. It's a flavorful movie with stout performances and a distinct cultural atmosphere to help it maneuver through a few passages of stagnant storytelling, but "The Odd Angry Shot" is best appreciated as a snapshot of pride melting into disillusionment, previously imagined as strictly an American perspective. Read the rest at Blu-ray.com