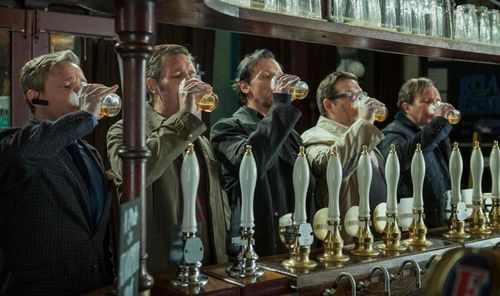 It’s been dubbed the “Three Flavours Cornetto Trilogy” (a cheeky nod to the appearance of a special ice cream treat), but director Edgar Wright has done an impressive job keeping these features separate in terms of style and sense of humor. With “Shaun of the Dead” and “Hot Fuzz,” the helmer fashioned a special tour of film fandom and genre exercises, but all good things must come to end, and it does, somewhat abruptly with “The World’s End.” Amusing and impeccably designed and photographed, the latest work from Wright, Simon Pegg, and Nick Frost comes across a tad undercooked, as though the creative team was backed into making a movie instead of triumphantly mounting one. Although it has plenty of impish intent, there’s an air of fatigue swirling around the production that constantly hinders the comedic adventuring. Read the rest at Blu-ray.com