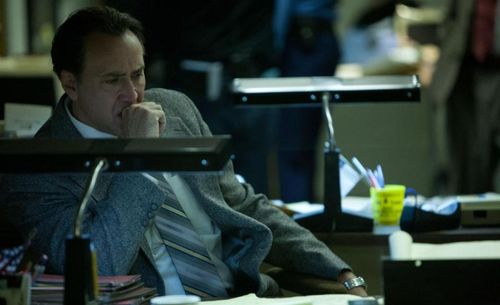 “The Frozen Ground” is exploitation disguised as a funeral. The production claims the material is based on a true story concerning evil acts committed by serial killer Robert Hansen throughout the 1970s, but how much authenticity there is to the picture remains questionable, with writer/director Scott Walker inching away from creating a tight procedural to slurp up the salacious events of the story. Capable work from stars Nicolas Cage and John Cusack are enough to keep tension somewhat in play, while a supporting turn from Vanessa Hudgens reveals previously unexplored depth. Despite positive attention from the cast, “The Frozen Ground” is familiar, semi-eventful, and hampered by a weird fixation on the ugly details. Read the rest at Blu-ray.com