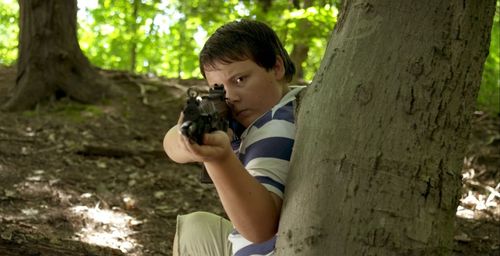 While perhaps not a common pastime, I’m sure most children have experienced the fantasy of playing make-believe war. With the rules of engagement clearly identified, the event largely consists of combatants using the honor code to successfully pull off the imagery and intensity of combat, all in good fun. “I Declare War” advances this dark imagination, evoking real-world aggression with average suburban kids, mirroring the pains of the battlefield with a cast of pre-teens, turning their afternoon adventure into a bitter battle of repressed emotions and advanced stratagem. It’s a film about children but not for children, making it one of the more fascinating pictures of the year. Read the rest at Blu-ray.com