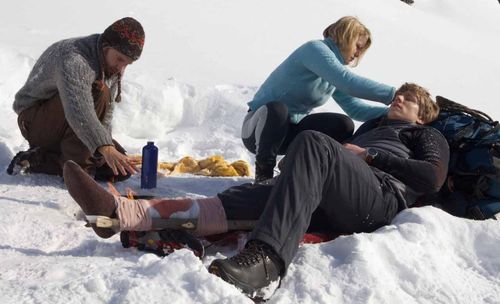 The career of director Renny Harlin has been a corkscrew ride of quality, from wickedly entertaining actioners (“Die Hard 2,” “The Long Kiss Goodnight”) to abysmal Z-grade schlock (“12 Rounds,” “The Covenant”). He’s a helmer who’s never been shy about chasing trends, leading him to the creation of “Devil’s Pass,” a found-footage horror picture that’s about three years too late to truly cash in on the moviegoing interests of young audiences. Harlin’s a capable genre craftsman, but his predilection for tone-deaf performances and hokey scare sequences steamrolls “Devil’s Pass” early and often. It’s not a disaster, but just tedious enough to numb its positive attributes as the feature drags to an overly ambitious conclusion. Read the rest at Blu-ray.com