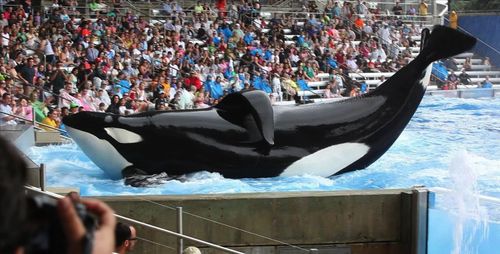 “Blackfish” is an incomplete documentary with its heart in the right place. Outraged by the “facts” that were passed around after the death of SeaWorld orca trainer Dawn Brancheau in 2010, director Gabriela Cowperthwaite decided to strike out on her own, surveying the history of Tilikum, the killer whale responsible for the horrific incident. Her cinematic summation of animal abuse and destructive business practices when it comes to the welfare of SeaWorld’s creatures is expectedly upsetting and often riveting, exploring the insanity of orca domestication and the devastating price of such tight confinement. However, as enlightening and passionate as the picture is, Cowperthwaite fails to summon the type of comprehensive journalism this type of story deserves. Read the rest at Blu-ray.com