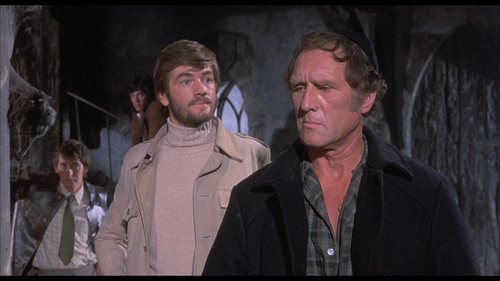 Produced two years before 1974's "Black Christmas," "Tower of Evil" has built a reputation in recent years as one of the forefathers of the slasher subgenre, which would go on to mainstream success in iconic pictures such as "Halloween" and "Friday the 13th." While the effort doesn't have much creative gas in its tank, it remains an interesting sit due to its historical placement, detailing a reign of terror that picks off victims in a most gruesome manner, often catching these poor folks following sexual relations, thus making their exit from the film all the more cruel. "Tower of Evil" is rough on patience levels, but there's undeniable craftsmanship to study, displaying interesting atmosphere that emphasizes oncoming doom, while the friskiness of the characters is remarkable. In fact, there's so much attention paid toward the sexual proclivities of the personalities, it's easy to forget the stillborn fright feature antics that rarely add up to genuine chills. Read the rest at Blu-ray.com