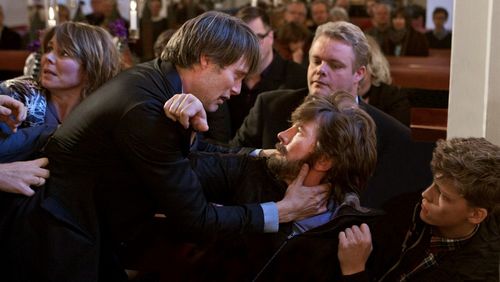 “The Hunt” tells the harrowing story of an impulsive accusation that develops into a wildfire of emotions and revulsion. It’s drama that’s out to rile up audiences with scenes of injustice and judgment, yet the explosive qualities of the work are skillfully managed by director Thomas Vinterberg and co-screenwriter screenwriter Tobias Lindholm, who ignore the temptation to lurch into hysterics, playing the spread of rumor and disease with striking minimalism, thus encouraging a more profound reaction to the work. “The Hunt” will have you balling up a fist and shedding a few tears as the tale unfolds, providing an exquisitely unpleasant conflict that’s simply riveting to study. Read the rest at Blu-ray.com