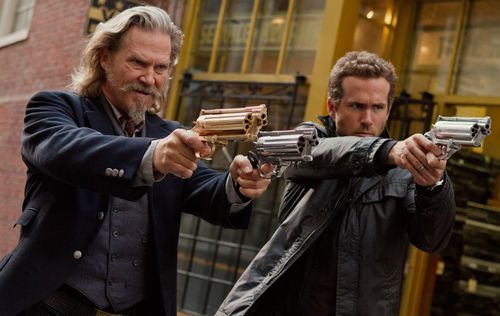 “R.I.P.D.” is a constipated picture. It’s easy to see what the production had in mind when cameras originally rolled, but editorial tinkering and general tonal indecision has coughed up a painless misfire -- a movie that could’ve been something sharper, sillier, and more direct with its action sequences. What’s up on the screen is flawed and noisy, trying to siphon “Men in Black” fuel without the imagination of Barry Sonnenfeld in play, and while it doesn’t come together, there are a few inspired moments to pick up the slack, and the presence of Jeff Bridges has the ability to lighten any mood, gleefully stomping around the effort like he owns it. Read the rest at Blu-ray.com