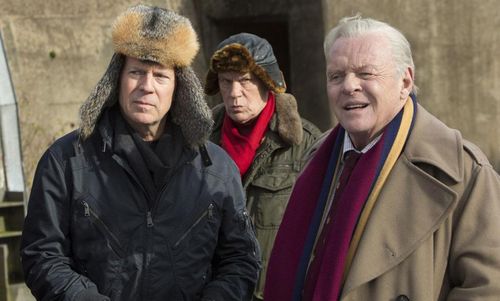 2010’s “RED” was a disappointment. Gifted a premise with serious action-comedy potential while surfing along an irresistible marketing hook, the picture didn’t live up to expectations, losing its focus as murky intrigue and overplotting gradually scooped the fun factor out of the geriatric mayhem, rendering it strangely inert. “RED 2” is more of the same mediocrity, though the antics are now emboldened by the original’s promising box office performance. Out to dish up the same watery stew of bullets and slapstick, the follow-up doesn’t achieve a personality of its own as it madly dashes to cover the same terrain as the earlier effort, only here the noise has been dialed up and co-star John Malkovich has been instructed to go full ham. This is not progress. Read the rest at Blu-ray.com