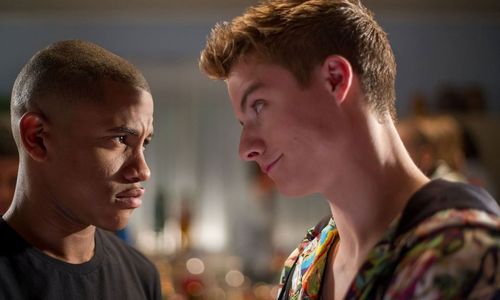 It’s interesting to find Warner Brothers attempting to sequelize/spin-off the film “House Party” 23 years after it opened in theaters. That there’s still value in the brand name is extraordinary, especially when the latest installment, “House Party: Tonight’s the Night,” is aimed directly at young “Step Up” fans that can’t get enough of the hat-askew, back-flipping stuff. I’m just going to assume that most viewers taking the time to watch “Tonight’s the Night” have never even heard of “House Party,” otherwise, they’d be watching the original “House Party” and not this decidedly unfunny, sophomoric creation that plays like an R-rated Disney Channel movie. Read the rest at Blu-ray.com