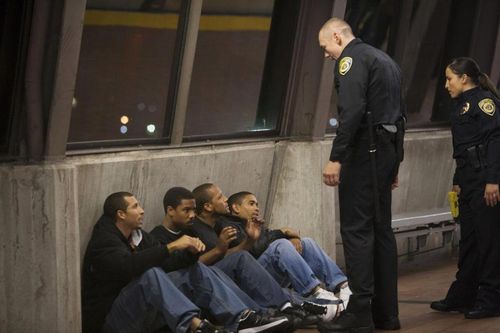 “Fruitvale Station” isn’t interested in presenting cold, hard facts. Although it opens with actual video footage of Oscar Grant being shot by a BART officer, the rest of the movie is devoted to a broad representation of the young man’s life, mixing recreation with outright fiction. For some, the overwhelming sympathy shown to Grant will provide an exhaustively emotional experience, helping to mourn a senseless death. However, “Fruitvale Station” doesn’t do itself any favors by ignoring the mysterious workings of the incident, and while the picture is penetratingly performed, it leaves numerous questions behind in regards to the killing and Grant’s distressed demeanor, rendering the feature too calculated for comfort. Read the rest at Blu-ray.com