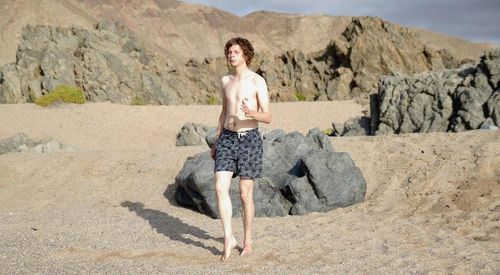 “Crystal Fairy” (actually titled “Crystal Fairy & the Magical Cactus and 2012” before somebody wised up during the marketing process) is an odd picture made for a specialized moviegoing mood. It’s rambling and spaced-out, with an absurdly severe conclusion that mucks with the strange tonality of the work, yet writer/director/co-star Sebastian Silva finds a breezy rhythm that’s worth a look. There’s also a question of star Michael Cera, who finds a place of mild comedy and wickedly passive-aggressive behavior that suits his limited dramatic range, making his performance something special in a film that’s not especially convincing with its quirk and qualities of observation. Read the rest at Blu-ray.com