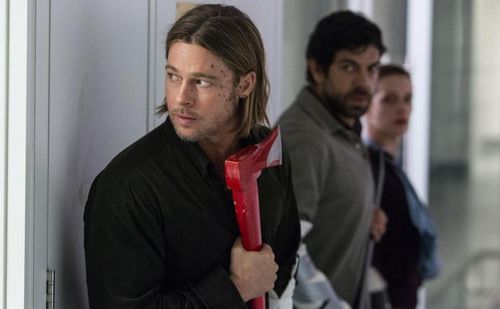 Because we all love a good disaster story, much has been made recently about the production challenges that temporarily paralyzed the shooting of “World War Z.” It ran overbudget, suffered through numerous rewrites, and found its third act completely rethought by a second creative team when the original work failed to land the proper punch. The trouble with such compulsive rubbernecking is that “World War Z,” despite some major malfunctions, is no train wreck. In fact, it’s a rather energized horror picture, skillfully using the fantasy concept of a furious zombie outbreak to construct a representation of global pandemic hysteria, with star Brad Pitt wisely tucking in his cape to play a human being facing doomsday, refusing the superhero path. Read the rest at Blu-ray.com