Film Review - Wish You Were Here 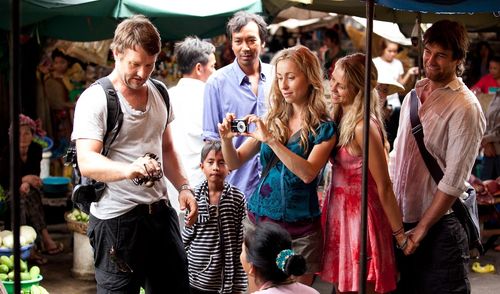 There’s an effective feeling of unease that hangs in the air of “Wish You Were Here,” a mystery film of sorts that walks a rough path toward tragedy. It’s a vacation-gone-wrong story, but one that’s not interested in generating fear, just unbearable tension as a simple journey into a foreign land proves disastrous, yet the participants refuse to divulge the details of their unraveling. Tightly constructed and honest with character relationships, “Wish You Were Here” is a riveting study of guilt and moral corruption, wisely using disorientation to sustain interest in the bleak proceedings. Read the rest at Blu-ray.com