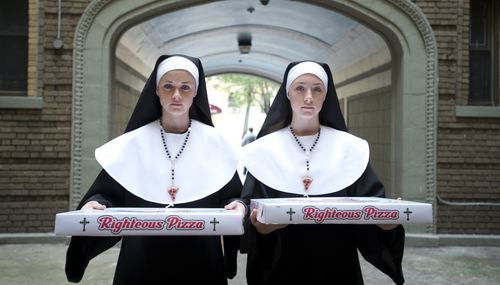 Screenwriter Geoffrey Fletcher won an Academy Award for his first produced work, 2009’s “Precious,” and now graduates to the director’s chair with “Violet & Daisy,” which is about as far removed from his industry introduction as possible. Taking on the assassin genre with initial hints toward the formation of a jailbait-killer satire, Fletcher soon loses the snap of his bubblegum, grinding the picture to a halt with banal stretches of dialogue and location claustrophobia. Leads Alexia Bledel and Saoirse Ronan show spark and interest to lean into the shaming Fletcher initially appears to value, but their efforts are gradually flooded by a helmer who doesn’t quite know what type of movie he wants to make. Read the rest at Blu-ray.com