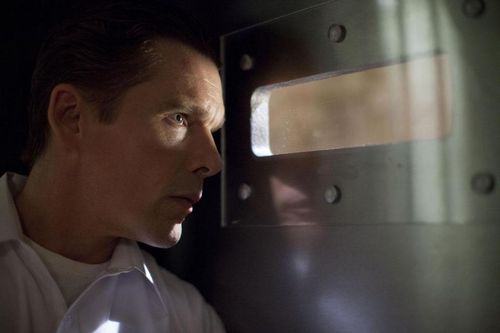 “The Purge” has a crackerjack premise it takes absolutely no interest in. It’s a disappointing feature that contains a substantial amount of stupidity, asking its audience to digest an entire buffet of illogic as it discards any hope for a profoundly satiric or meditative approach to a futureworld story of government-branded nationwide order via unspeakable violence. “The Purge” is careless work, more interested in summoning a haunted house atmosphere of cliched chills than exhaustively working over the potential of the piece, bringing to the screen a dire depiction of a world gone mad. Instead, the movie runs through the motions, gradually lobotomizing itself over 85 wasteful minutes. Read the rest at Blu-ray.com