Film Review - The Kings of Summer 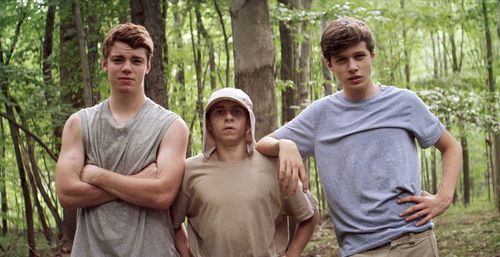 There are moments in “The Kings of Summer” that conjure a feeling of pressurized adolescence, where innocence is depleting and parental quarrels turn into all-out war. And there are sequences presented here that resemble an audition tape for the Groundlings. It’s an unevenness that holds the picture low to the ground, despite its effort to come off as a document of juvenile concerns. Actually, there’s little about “The Kings of Summer” that’s consistent, rendering the film irksome in its randomness, finding a few profound windows to the soul before it lurches back into shtick coma mode, trying to come across silly when a more refined dramatic approach would support the intended emotional and nostalgic response. Read the rest at Blu-ray.com