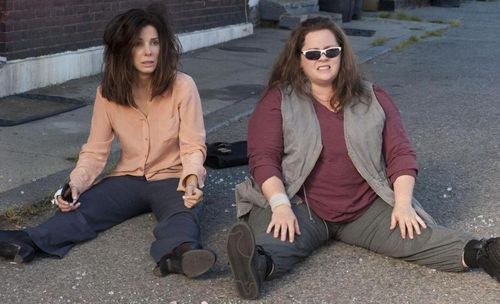 After spending a considerable amount of time floundering with his directorial career, Paul Feig hit pay dirt with 2011’s “Bridesmaids,” a rude, crude, profoundly improvised comedy centered on female characters. It makes sense to find Feig repeating the formula for “The Heat,” though the effort isn’t a twist on matrimonial madness movies, but buddy cop cinema, pairing Melissa McCarthy and Sandra Bullock as the titular force of justice, but only giving them a few pages of story to work with. The rest of the experience is a riffing hailstorm where everyone dashes for a punchline, disrupted by scenes of graphic violence to break up the monotony. It’s an aggressive picture in many ways, but it never comes together as a cohesive lampoon, meandering around chasing impulses instead of solidifying itself as a determined action comedy. Read the rest at Blu-ray.com