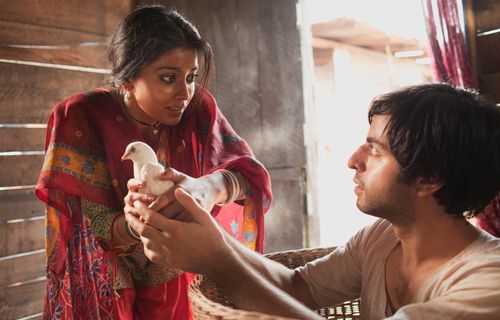 “Midnight’s Children” is a sprawling motion picture that rarely pauses to allow its audience a moment to grasp the numerous leaps in time and enormous collection of characters. It’s based on the 1981 book by Salman Rushdie, who co-scripts and narrates this bizarre story of childhood trauma, magical powers, and crushing political changes, attempting to work its way to a grand summation of a life lived in full. Director Deepa Mehta fashions a lively movie for its first half, teeming with personality and digestible flights of fancy, only to be crushed by the overall narrative responsibility, unable to juggle faces and places to satisfaction. Read the rest at Blu-ray.com