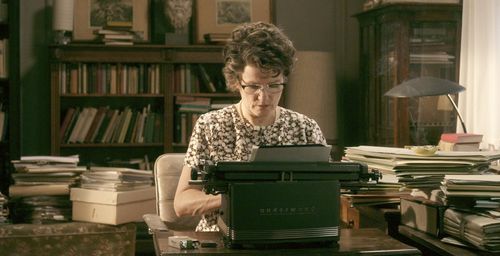 I suppose “Hannah Arendt” could be classified as a bio-pic, covering a few critical junctures in the life of the famous writer, though there’s not enough here to convey a life lived in pursuit of thought. It’s a stable, distanced picture from director Margarethe von Trotta, who endeavors to bring to the screen a portrayal of intelligence disputed, successfully communicating the frustrations and defiance of Arendt, reflecting a thirst for knowledge and spotlighting her breathtaking confidence for a modern audience perhaps unused to such remarkable character. It’s a solid feature but not always the most dramatic, content to experience moments in time with the subject instead of wrapping her passions around the screen in an inviting manner. Read the rest at Blu-ray.com