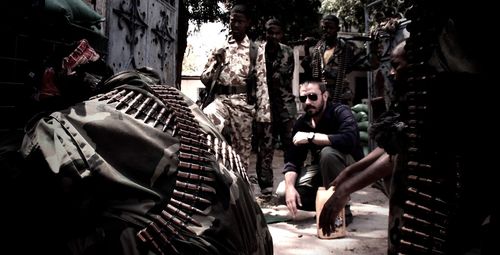 “Dirty Wars” is journalism, but it’s the type of journalism typically found on news magazine programs and cable networks. In his attempt to reach out and reveal the U.S. Government’s secret war on the rest of the world, reporter Jeremy Scahill welcomes the birth of his own myth, turning “Dirty Wars” into a love letter to his own research methods and capacity for understanding. There’s an abundance of searing, illuminating information contained within director Richard Rowley’s documentary about untoward military activity, but there are even more glory shots of Scahill in motion, recreating critical moments of his investigation while he blasts the camera with blue steel. Read the rest at Blu-ray.com