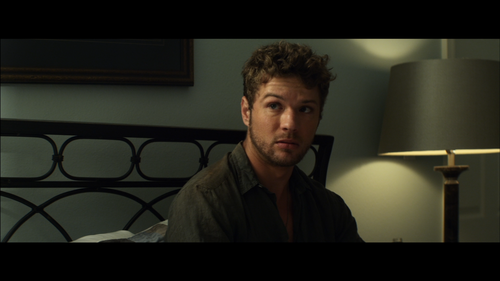 "Straight A's" has elements of emotion and meaning, yet it's nearly impossible to understand exactly what screenwriter David Cole had in mind originally for this baffling tale of soulful rehabilitation. There's little here worth recommending to viewers, as director James Cox (making a return to filmmaking after 2003's similarly mangled "Wonderland") is lost in the details of craftsmanship, losing sight of the dramatic power that's supposedly meant to fuel the picture to its searing, poetic conclusion. "Straight A's" is messy and undernourished, struggling to make sense of itself while issuing sizable moments of confrontation and introspection, hanging limited actors out to dry as the production spends more time perfecting the lighting than connecting the players in this limp game of family dysfunction and temptation. Read the rest at Blu-ray.com