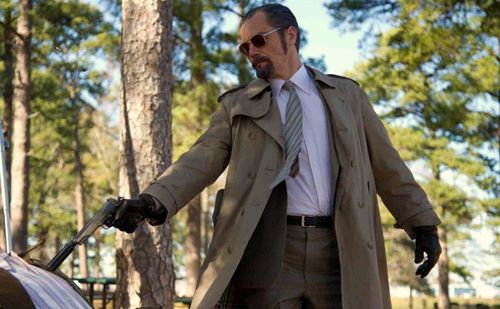 What “The Iceman” has to offer, we’ve seen before. It’s a hitman story, a bio-pic of sorts studying the cold-blooded career of Richard Kuklinski, a mafia enforcer who murdered over 100 people during his two decades on the job, dealing with all types of godfathers and hot-heads as he tried to raise a family in relative peace. It’s a tough guy saga touched up with some texture by co-writer/director Ariel Vromen, who makes a passable attempt to deepen the displays of underworld gamesmanship by focusing on the nuclear power generated in Kuklinski’s mounting frustration with his eroding life. It’s not a feature that lingers after it concludes, but considering the cliches available to the production, it shows some taste when it comes to goombah happenings. Read the rest at Blu-ray.com