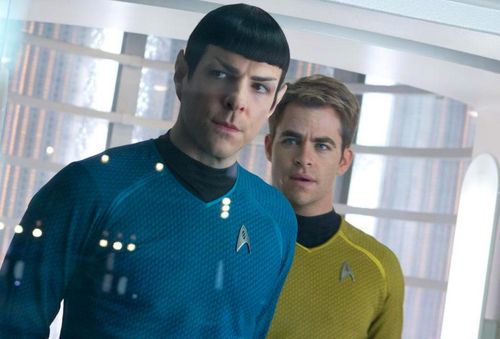 I was completely swept away by the 2009 reinvention of “Star Trek” (my favorite film of that year). Director J.J. Abrams approached an impossible creative challenge with startling confidence, restoring awe to a dusty brand name while removing the need to be slavish to Gene Roddenberry’s original creation as it paved the way for its own universe of alien planets, adversaries, and whip-crack heroism. Four years later (an eternity in blockbuster time), Abrams and Company return with “Star Trek Into Darkness,” a sequel that’s nearly as thrilling as the previous picture, delivering a sensational view of crew camaraderie and earthbound threat. However, there’s a specific cancer in the screenplay in dire need of removal, moving a jubilant creation into an area of dramatic replication that’s all wrong. Most of “Star Trek Into Darkness” will have its audience cheering, the rest feels like a slap across the face. Read the rest at Blu-ray.com