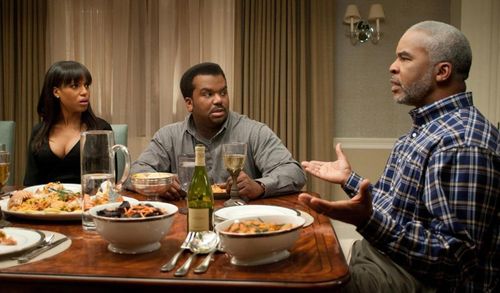 The marketing for “Peeples” has been stamped silly with the Tyler Perry brand name, though he only has a vague producer presence here, not a primary creative role. Actually, it’s probably a mistake to have Mr. Madea’s name anywhere near the picture, as Perry’s core fanbase will be expecting something volcanic from a movie that just wants to relax and have a little harmless fun. It’s more Huxtables than hysterical. That’s not to suggest “Peeples” is an especially good film, but when it finds its silly stride, there’s some amusement to be had, providing a few scattered laughs. Its even-tempered atmosphere of mischief is perfectly alien to Perry’s bazooka approach, so be warned acolytes, this feature isn’t going to scratch that pan-wielding melodrama itch. Read the rest at Blu-ray.com