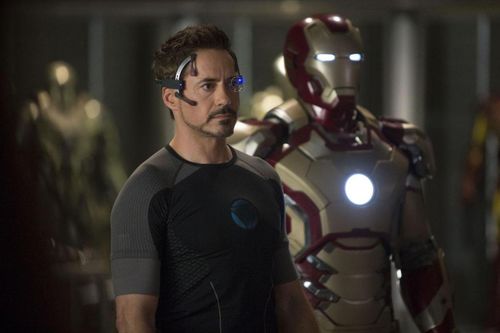 When we last saw Iron Man saving the day, he was a member of the Avengers, teaming up with his superhero friends to save the Earth from a city-smashing alien invasion. Unable to topple that mighty achievement, co-writer/director Shane Black selects an insular path for the arrogant but lovable Tony Stark, and that unusual mix of spectacle and personal inventory keeps “Iron Man 3” stuck in neutral, unwilling to soar as summer entertainment while frustratingly confused with its gratuitously expansive storytelling. One major sequence nearly saves the whole endeavor, but what Black has here is flat and overstuffed with contrived comic book business, feeling about as heavy and immobile as Stark’s famous armor. Read the rest at Blu-ray.com