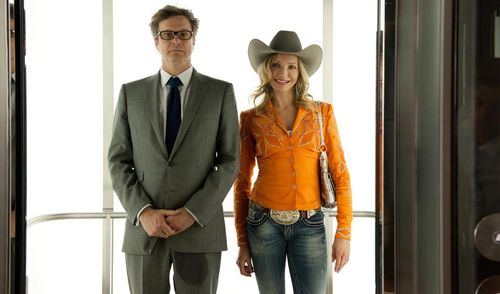 “Gambit” announces its retro intentions right away, kicking off with an animated title sequence not unlike those found in the “Pink Panther” series. Although credited as a remake of a 1966 picture starring Michael Caine and Shirley MacLaine, the new “Gambit” is more of its own thing, only retaining the comedic sensibilities of the 1960s, along with a jazzy score. Colliding into today’s marketplace of irony and improvisation, and the update’s silly sense of rehearsed humor might appear ridiculously old-fashioned, yet it works in small doses. The feature is seldom funny, but it’s consistently amusing thanks to a screenplay by Joel and Ethan Coen and performances from stars Colin Firth and Alan Rickman, who appear to enjoying themselves immensely while the story concocts rising flood waters of humiliation and mischief. Read the rest at Blu-ray.com