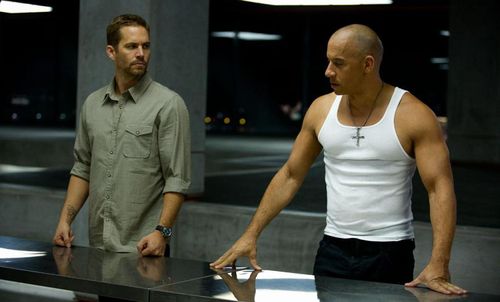 With its last outing, 2011’s “Fast Five,” the “Fast and the Furious” franchise reached a previously unimaginable creative high. Against all odds, it was a vastly entertaining picture that readjusted tonal goals for the series, dropping most the dead weight car race tangents to run full steam ahead as a caper, using the limited but colorful cast to generate an event film atmosphere populated with familiar faces and some exciting new ones. Rewarded with enormous box office returns, the producers have decided to maintain the pace, keeping “Fast & Furious 6” (titled “Furious 6” on the print) focused on a Bondian baddie, wrecking ball-style chases, and pro-wrestling fisticuffs. What’s missing here is a decent script, at least something approaching digestibility when it comes to the misadventures of this knuckle-dragging crew. The production insists the characters should verbalize their every thought. The production has made a horrible mistake. Read the rest at Blu-ray.com