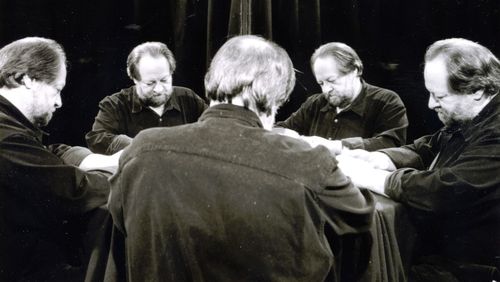 I’m almost embarrassed to admit that my introduction to Ricky Jay was through his acting credits, watching him perform in the films of David Mamet and Paul Thomas Anderson, completely unaware of his legacy as a sleight of hand master. His magical authority would come later to me, making his accomplishments and skill even more impressive, with his very career a type of delicious misdirection to people of a certain age. “Deceptive Practice: The Mysteries and Mentors of Ricky Jay” returns focus to Jay’s far-reaching history with tricks and stage performance, sitting down with the subject to discuss his influences and career, placing attention on a man who would much rather communicate through his indescribable brilliance with something as simple as a stack of playing cards. Read the rest at Blu-ray.com