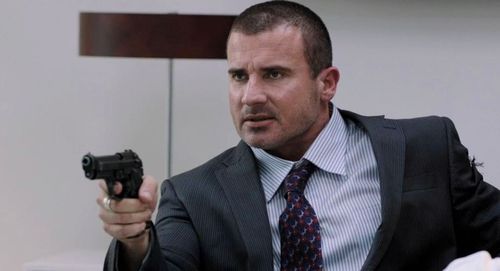 It’s been a long time since I’ve seen an Uwe Boll picture, going to back 2008 when his last theatrical endeavor, “In the Name of the King,” blew in and out of multiplexes with the speed of a spring breeze. Since that time, Boll has gone on to direct 15 movies, living up to his Ed Wood legacy by churning out features at an alarming rate, with one of his last efforts titled “Blubberella” (oof). What was once goofy cult aimlessness has now become a private industry for Boll, who, despite his grim artistic reputation and the forgettable nature of his work, has managed to remain employed after all these years. Now the helmer puts the Financial Crisis of 2008 into his crosshairs, turning monetary ruin and one-percenter gloating into a revenge fantasy, putting a gun and a moronic script into the hand of the common man. Because it wouldn’t be Boll if there wasn’t borderline irresponsible storytelling. Read the rest at Blu-ray.com