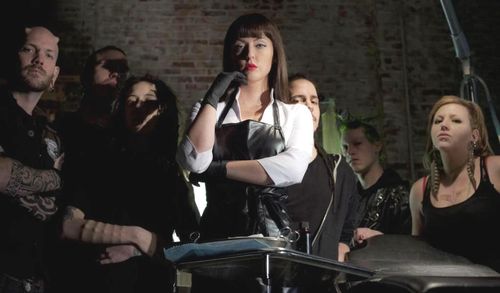 With “American Mary,” the Soska Sisters, identical twins Jen and Sylvia, become a force to be reckoned with in the horror community. While their screenwriting ultimately fumbles the climax, the picture remains a fascinatingly brutal, charmingly perverse creation that always maintains its composure, despite an open invitation to dwell on extreme personalities in a most untidy manner. Funky without feeling oppressive, “American Mary” is sharply made and well acted, keeping it ahead of routine genre offerings with its unique interest in the body modification subculture, approaching disturbing behavior with a palpable comfort level that’s not encountered often enough. Read the rest at Blu-ray.com