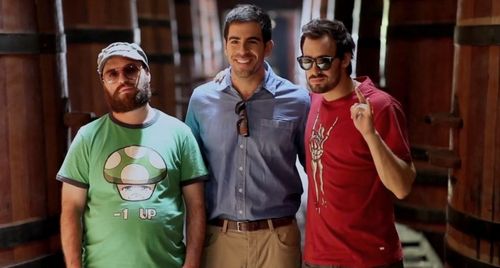 “Aftershock” is a strange disaster film that desires to merge broad comedy with utter depravity, looking to concoct a pungent brew of exploitation for those who’ve developed a taste for such bitter screen insanity. Unfortunately, the feature is lopsided, unfunny, and needlessly aggressive, or, in other words, it was co-written by Eli Roth, the horror player behind the “Hostel” series and “Cabin Fever.” Though Nicolas Lopez is credited as co-screenwriter and director of “Aftershock,” the picture bears all the birth defects of a Roth endeavor, including wild tonal swings, cruel violence toward women, and an overly jokey introduction. Although it hopes to depict the utter downfall of man in the face of a natural disaster, it’s mostly obnoxious and forgettable. Read the rest at Blu-ray.com