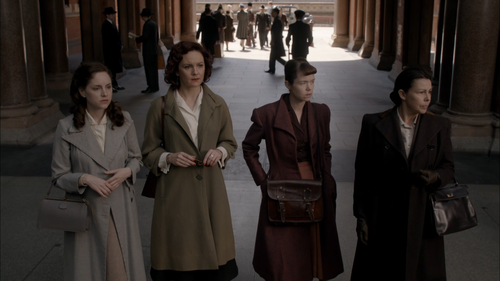 "The Bletchley Circle" has an irresistible hook for crime-solving entertainment, following the actions of four brilliant codebreakers from WWII as they reteam to track down a serial killer in their hometown nearly a decade later. I'm surprised this isn't a Hollywood blockbuster, as the premise is ripe for maximum genre exposure. Instead of overblown theatrics, we have this humble ITV production that's made its way to America via PBS in an effort to show the audience there's a little more bite to public television than one might expect. Sensible with a few outrageous touches and smashingly acted by the four leading ladies, "The Bletchley Circle" is addictive and fulfilling, carrying on like a traditional British procedural, only with a delightful push of empowerment to give it identity and a spirit to celebrate. Read the rest at Blu-ray.com