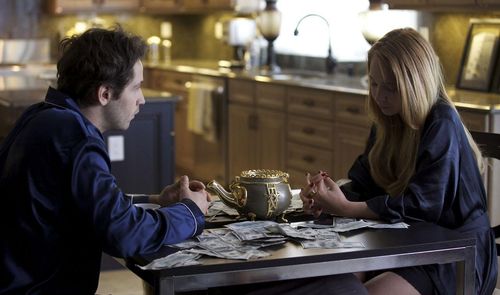 Following in the footsteps of numerous stories concerning the dangers of granted wishes and the unmerciful nature of greed, “The Brass Teapot” takes an extremely dark premise and treats it like an afternoon picnic. Lacking fangs and consequences, the picture at least moves, granted a buoyant forward momentum by director Ramaa Mosley, making her feature-length helming debut. She knows how to make a movie skate along, but in terms of black comedy and vicious delights, “The Brass Teapot” is missing numerous layers of sickness, fearful of pushing a plot of pain on its audience, forcing them to study the complexity of unsavory desires with unlikable characters. Instead, it’s a candy bar commercial with the occasional act of violence. Read the rest at Blu-ray.com