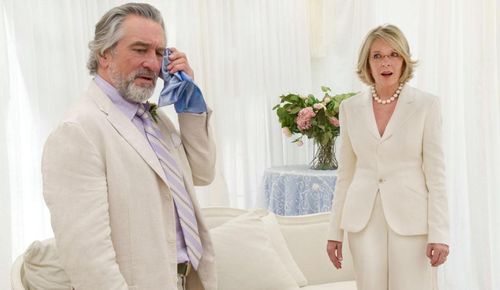 It doesn't take long, perhaps five minutes, before it's abundantly clear that "The Big Wedding" is going to be of no use. Commencing with vague introductions, the material is soon asking Robert De Niro to prepare Susan Sarandon for an impromptu session of oral sex on a kitchen countertop before Diane Keaton nervously interrupts, resulting in a touch of physical comedy as the amorous characters try to find their composure while dealing with dangling underwear and an untamable erection. It's how the movie begins, folks, and the next 80 minutes aren't an improvement. Unlikable, unthinkable, and unwatchable, "The Big Wedding" proves that bright stars and a reliable romantic event is no match for an ugly and tone-deaf screenplay, chased by amateur direction. Read the rest at Blu-ray.com