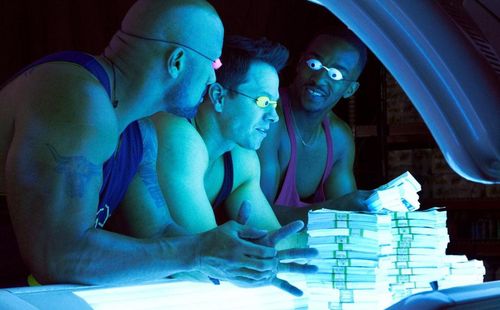 After the 2011 release of the global blockbuster “Transformers: Dark of the Moon,” director Michael Bay wanted to challenge himself again. After years of gargantuan features, “Pain & Gain” represented a return to roots planted with the 1995 action comedy “Bad Boys,” offering Bay a chance to cause a comparatively low-budget ruckus in his favorite filming location: Miami. The robots in disguise are gone, replaced by equally destructive bodybuilders on the hunt for the American Dream, and while the potential of this true story is immense, Bay resorts to his old tricks, making the picture more frustrating and deadening than raucous. Intentionally ugly and mean-spirited, “Pain & Gain” somehow believes itself to be a coked-out, body-smashing good time at the movies. Instead, it’s quite a chore to sit through. Read the rest at Blu-ray.com